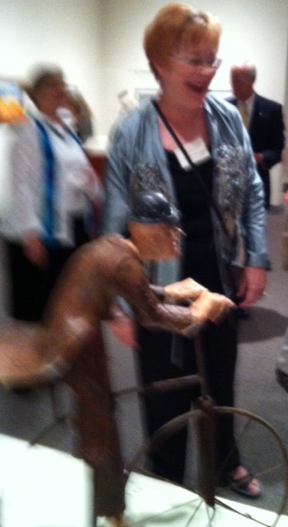 Creating art reminds me of my childhood, when we would make up plays and do circus performances for the neighborhood. I loved sitting outside with my neighborhood buddies at night watching the fireflies and telling the most fabulous and exciting stories. Our imagination had no boundaries.

When I become immersed in creating a piece, the excitement of the story unfolding before my eyes reminds me of the magic of those firefly nights.

Working in clay brings out memories and feelings that I love to express in my work. I like to tell stories with my art, and the encaustic finish on the clay sculpture adds depth, and a feeling of the past. Each of my sculptures has a story that has unfolded for me, as I created the piece.